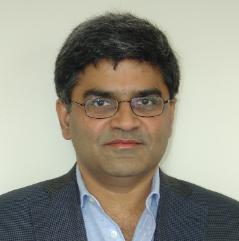 Keshav Pingali is a Professor in the Department of Computer Science at the University of Texas at Austin, and he holds the W.A.”Tex” Moncrief Chair of Computing in the Institute for Computational Engineering and Sciences (ICES) at UT Austin. Pingali is a Fellow of the IEEE, ACM and AAAS. He was the co-Editor-in-chief of the ACM Transactions on Programming Languages and Systems, and currently serves on the editorial boards of the ACM Transactions on Parallel Computing, the International Journal of Parallel Programming and Distributed Computing. He has also served on the NSF CISE Advisory Committee (2009-2012).