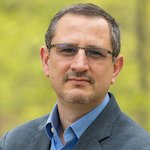 José Martínez is associate professor of electrical and computer engineering, and graduate field member of computer science at Cornell. His research work has earned several awards; among them: two IEEE Micro Top Picks papers; a HPCA Best Paper Award and Best Paper Nominations at HPCa and MICRO; a NSF CAREER Award; two IBM Faculty Awards; and the inaugural Computer Science Distinguished Educator Alumnus Award by the University of Illinois. On the teaching side, he has been recognized with two College of Engineering Kenneth A. Goldman ’71 Excellence in Teaching awards, as a Merrill Presidential Teacher, and as the 2011 Tau Beta Pi Professor of the Year in the College of Engineering.

Prof. Martínez holds a Ph.D. in Computer Science from the University of Illinois at Urbana-Champaign. He is the Editor in Chief of IEEE Computer Architecture Letters, and senior member of the ACM and the IEEE. He also serves on the Advisory Board of the Industry-Academia Partnership for architecture, networking, and storage needs of future data centers and cloud computing (IAP).